Meet SIGGRAPH 2022 Featured Speakers, and register to save your spot for the sessions. Register Now

SIGGRAPH 2022 presents Featured Speaker sessions, where industry experts discuss some of the most prominent topics in computer graphics and interactive techniques. Get to know the speakers below, and register now for SIGGRAPH 2022, taking place live in Vancouver, 8–11 August, and virtually starting 25 July. 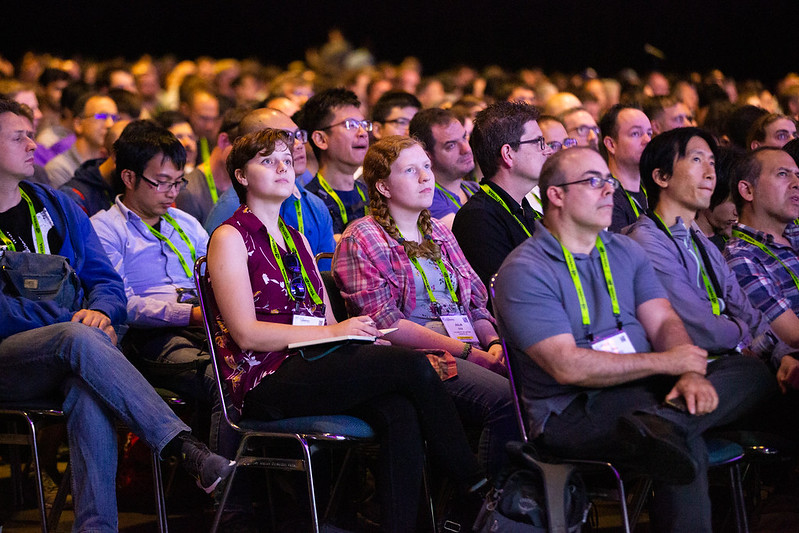 Where does “AI” end and “we” begin? Artist and researcher Sougwen Chung’s ever-evolving work in human and machine collaboration builds upon a decade-long international journey. Starting with a simple line, the process has led to interdisciplinary insights, philosophical inquiry, and technological invention through pioneering artistic practice. Intertwining perspectives in art and science, Chung’s practice envisions alternative futures for the relationship of humans and machines. “Embracing contradictions in art and research can pave the way to a third path, inspired by tradition and the development of new hybridities,” Chung says.

Sougwen 愫君 Chung is a Chinese-Canadian artist and (re)searcher based in London. Chung’s work explores the mark-made-by-hand and the mark-made-by-machine as an approach to understanding the dynamics of humans and systems. Chung is a former research fellow at MIT’s Media Lab and a pioneer in the field of human-machine collaboration. In 2019, she was selected as the Woman of the Year in Monaco for achievement in the arts and sciences.

ACM A.M. Turing Award winners Ed Catmull and Pat Hanrahan return to the SIGGRAPH stage for a combined session discussing the history and advancements of the computer graphics industry.

In “Shading Languages and the Emergence of Programmable Graphics Systems,” Hanrahan charts the path of shading languages; first pioneered by Ken Perlin and Rob Cook, then becoming widely available in Pixar’s RenderMan. Early graphics and imaging hardware such as the Ikonas was also programmable. Nowadays, programmable GPUs are the faster computers in the world. This talk will review their history and discuss the broader implications for computing and the future of computer graphics.

In “The Wild, Unexpected, Exponential Ride Through Computer Graphics,” Catmull tells a brief tale of the early belief in the promise of computer graphics, including its early support by DARPA at Utah, the depiction of the research in graphics as impractical, the incorporation of graphics in workstations, the role of the SIGGRAPH community leading to advances enabling movies, the incorporation of algorithms in GPUs, and the exponential rise of computing power in those GPUs driven by the Game Industry leading to completely unexpected results.

Pat Hanrahan is the Canon Professor of Computer Science and Electrical Engineering in the Computer Graphics Laboratory at Stanford University. His research focuses on rendering algorithms, graphics processing units, and visualization. Hanrahan received a Ph.D. in biophysics from the University of Wisconsin-Madison in 1985. In 1989, he joined the faculty of Princeton University. In 1995, he moved to Stanford University. As a founding employee at Pixar Animation Studios in the 1980s, Hanrahan was part of the design of the RenderMan Interface Specification and the RenderMan Shading Language. More recently, Hanrahan served as a co-founder and CTO of Tableau Software. He has received three Academy Awards for Science and Technology, the SIGGRAPH Computer Graphics Achievement Award, the SIGGRAPH Stephen A. Coons Award, and the IEEE Visualization Career Award. He is a member of the National Academy of Engineering and the American Academy of Arts and Sciences. In 2019, he received the ACM A. M. Turing Award.

Dr. Ed Catmull is a co-founder of Pixar Animation Studios and served as president of Pixar for 33 years, while also serving as president of Walt Disney Animation Studios for 13 of those 33 years. Catmull’s New York Times best-selling book “Creativity, Inc.: Overcoming the Unseen Forces That Stand in the Way of True Inspiration” published in 2014. Catmull is an ACM Turing Award Laureate, and he has been honored with five Academy Awards, including two Oscars and a Lifetime Achievement Award. Catmull founded three of the leading centers of computer graphics research — including the computer division of Lucasfilm Ltd. and Pixar Animation Studios. Catmull has been a dedicated ACM SIGGRAPH participant for nearly 40 years. He is a member of the Academy of Motion Picture Arts and Sciences, the National Academy of Engineering, and the Visual Effects Society. Catmull earned B.S. degrees in physics and computer science and a Ph.D. in computer science from the University of Utah. In addition, he has received honorary doctorates from the University of Utah and Johns Hopkins University. In 2019, he retired as president of Pixar and Disney Animation and is active in writing and speaking.